Exploring my curiosity at the intersection of business & anarchy & environmentalism.
#nobots

I exported my old accounts json files. How do I get the toots useful in a table?

Dear lovely people who follow me here: I will move instance to weirder.earth

You will find me from tomorrow on at woodbark@weirder.earth

Over there I will continue my adventures, hopes and tales. But I lay the handle "syndikalista" to rest. After 12 years of wearing it, it does not fit anymore.

See you over there.

Dear lovely people who follow me here: I will move instance to weirder.earth

You will find me from tomorrow on at woodbark@weirder.earth

Over there I will continue my adventures, hopes and tales. But I lay the handle "syndikalista" to rest. After 12 years of wearing it, it does not fit anymore.

See you over there.

"So we must act, act and act again and again. By acting, we work for theory and for practice at the same time, because action brings forth ideas and spreads them in the world. (... ) Our action must be the permanent revolt, verbal, written, with the fist, with the gun, with explosive devices..." (C. Cafiero 1880)

sadly the propaganda of the deed focused foremost on the last three.

"It's demonstrably not 'simply human nature' to annihilate all around us. No, it's the nature of *this particular human culture.* Human potential is so much more, and that's why conflating the two is so toxic."

Let's set up a coop of sailboat shippers for international cargo and human transport.

yeah, which more bleak sign of statehood can Greenpeace get than the honors by Chancellor Merkel?

so, this will be the first time to use vote by mail.

Rebellion is the Responsible Choice

Be much more pirate*!

*not the lame party

"Hitler and Mussolini and Father Coughlan and Huey Long and Franklin Roosevelt, and a large number of other political figures of this period attained their enormous influence by radio."

I've had a few recommendations to look at the work of Hayakawa. He was an english professor, university president, and senator (from California). A decidedly eclectic mix.

The quote above comes at the opening of this lecture. Highly recommended.

I'd come to the realisation of the significance of media and its role on society and politics a few years ago. I keep running into validation of that notion. 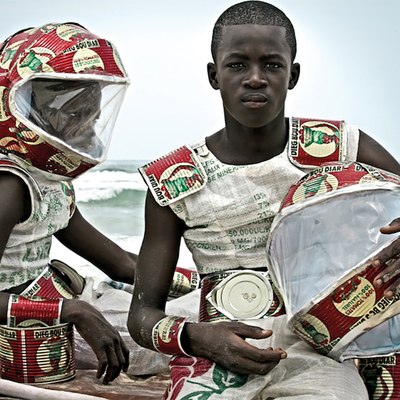 I'm also hiring for a Technical Support Engineer. The listing says UK but we are open fairly EMEA-wide https://crowdstrike.wd5.myworkdayjobs.com/en-US/crowdstrikecareers/job/United-Kingdom---Remote/Technical-Support-Engineer--Remote-_R3684?source=tmp_link&dclid=COSW4a272fICFRBMcgodcLAJSw

I'm hiring for a Principal Developer Advocate (US preferred but flexible) https://crowdstrike.wd5.myworkdayjobs.com/crowdstrikecareers/job/USA---Remote/Principal-Developer-Advocate--Remote-_R4332?source=tmp_link&dclid=COSW4a272fICFRBMcgodcLAJSw

My grandparents (born between 1940-42) are finally starting to talk about their ancestors.
My great-grandfather was imprisoned due to being a ortsgruppenleiter for the nsdap from 1939(?) on. Only reason he was spared deportation to USSR is, that his company did not use enslaved workers in production and he denied offers of such at least 3 times.
The family company was expropriated (VEB) in 1972 (while being awarded "exceptional Aufbaubetrieb" in 1961).

I will stop pretending.

It is great to See likeminded people from 10 years ago and see that we still click while accepting disagreements.

I should open a Lookhandlung.

"The only way out of this mess is a little less Instagram and a lot more action."

Lol, while true, this is a straw man

"the folks who have already over-cooked the future continue to run the show a) in their own interests and b) badly."

You see, these particular disenchanted professionals were professional sailors, and the action they took was to turn pirate.

Exploring my curiosity at the intersection of business & anarchy & environmentalism.
#nobots

transitiondesign There is nothing here!

workerscoops There is nothing here!